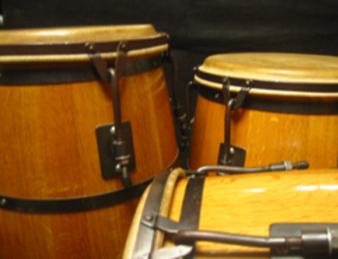 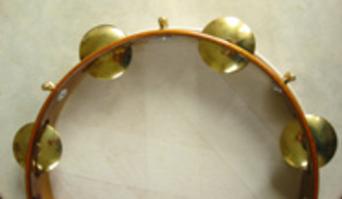 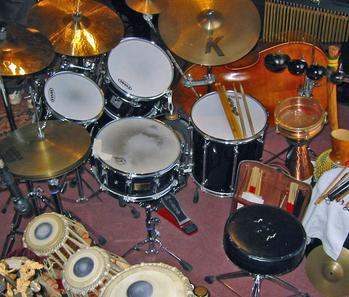 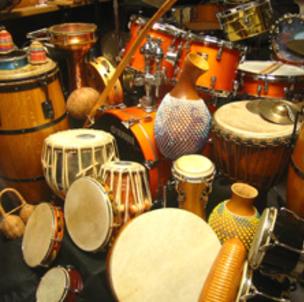 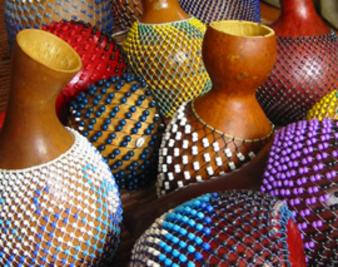 Brian Rice is a freelance percussionist with a B.M. in Percussion Performance and Ethnomusicology from the Oberlin Conservatory of Music. A well-rounded musician, Brian is a highly acclaimed performer, educator and recording artist adept at numerous musical styles ranging from classical and jazz, to Latin, Afro-Cuban, and Brazilian, to contemporary and experimental music.

While at Oberlin Brian studied percussion with Michael Rosen and played with the Oberlin Orchestra, Oberlin Chamber Orchestra, Oberlin Contemporary Ensemble, and Oberlin Percussion Group. In addition, Brian played with the Oberlin "Can Consortium" Steel Band, the Mandinka Ensemble and the Oberlin Gamelan. In the summers of 1987 and '88 Brian had an opportunity to study tabla with Pandit Sharda Sahai and Bob Becker. After Oberlin Brian moved to Oregon where he began doing freelance work in 1989. There he played with numerous salsa, reggae, and world beat bands, notably Balafon Marimba Ensemble a Zimbabwean marimba group, and Tiempo Caribe a folkloric drum and dance troupe specializing it the music and dances from South America and the Caribbean. In 1994 Brian moved to Seattle to join Bochinche, performing for about 120 schools across Washington each year in the acclaimed production, "A Musical Tour of the Americas". While in Seattle, Brian founded and directed Samba Seattle, a parade-ready samba percussion and dance troupe. He also created and directed the Afro-Cuban Folkloric Collective, a drum and dance troupe specializing in Afro-Cuban folkloric traditions. Brian taught about 90 classes each year at the famous music store, John's Music and regularly brought guest teachers from Cuba and the U.S. to teach workshops and perform with the Afro-Cuban Folkloric Collective.

Since moving to the Bay Area in 1997, Brian has branched out into a multitude of styles including Spanish flamenco, klezmer, jazz, folk, Broadway musicals, Celtic, Balkan music, and the occasional Chinese funeral. Brian's classical music background and expertise on a vast array of hand drums came into play in 2004 when he performed in over seventy shows of The Lion King. Since 2007 Brian has performed on several occasions with the Santa Rosa Symphony, including a performance of Martin Matalon's score to the 1929 film Metropolis, and more recently to back up singer/actor Kevin Spacey. In 2012 and 2015 Brian was invited to perform John Luther Adams' "Inuksuit". Though Brian enjoys such a wide variety of work, he specializes in Brazilian and Cuban music.

Brian's study of the pandeiro began in 1986 when the Sao Paulo State University percussion ensemble visited Oberlin and percussionist/composer Carlos Stasi, then a student at SPSU, gave Brian a quick pandeiro lesson after the concert. Since then Brian's obsession with the pandeiro has led him to study with Guello, Marcos Suzano, Airto, Sregio Krakowski, Claudio Bueno and Clarice Magalhaes, and his prowess on the instrument has led him to perform with numerous Brazilian artists including, Rogerio Souza, Jovino Santos Neto, Paulo Sergio Santos, Danilo Brito, Dudu Maia, Almir Cortes, Hamilton de Holanda, Edinho Gerber, Ze Barbero, and Jorge Alabe. In 2017 Brian was invited to tour with the Danilo Brito Quintet performing at the Lincoln Center, Kennedy Center and Savannah Music Festival and for NPR's Tiny Desk Concerts.

It was studies with Marcos Suzano that inspired Brian to expand his use of the pandeiro outside the Brazilian music world and apply it to Balkan, Celtic, Middle Eastern, Spanish, and Cuban music with great effect. ​

The Berkeley Choro Ensemble released its first CD "The View From Here' in the fall of 2017 thanks to a generous grant from SF Intermusic. The recording presents choros by modern composers including several original compositions.

Brian teaches privately and conducts workshops in the Bay Area and has taught at many schools and camps. Since its inception in 1997 Brian has been on the scene at the California Brazil Camp as a dance accompanist and instructor. Brian taught Choro pandeiro at the Centrum Center for the Arts in 2007, 2009 and 2010 with Mike Marshall and Choro Famoso, and members of Trio Brasileiro.  Brian has guest lectured at Stanford University, Oberlin Conservatory, Southern Oregon university, University of Tennessee Martin, Cantareira College in Sao Paulo, Brazil, UNICAMP in Campinas, Brazil, Queens College and the University of Washington. Brian was the percussion instructor at California Coast Music Camp from 2005 - 2007, 2016, 2017 and at the Puget Sound Guitar Workshop in 2008 and Family Camp 2008-2018. From 1998 to 2004 Brian was the drum instructor for the Oaktown Jazz Workshop a non-profit jazz education program for youth. Brian's students from OJW have attended prestigious music schools across the country and Brian appears on two OJW recordings.